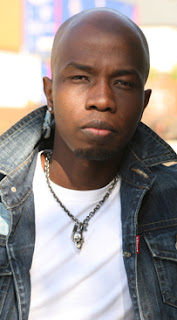 Writer/Producer/Director, Robinson Vil
Vil tells real stories that the average person can identify with, which has led to his writing, producing and directing “life.less” (2010), a story based on actual events that have happened and are happening right now. 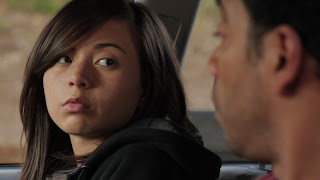 SYNOPSIS:  Myong-hee (JENNIFER SUN BELL) has been betrayed at an early age by the men closest to her. In her early teens, the physical, emotional and mental abuse escalate to unimaginable proportion, which prompts her decision to run away from home (her safe haven, supposedly) and inadvertently finds herself in greater danger on the streets of Atlanta. She must now fight for her life and sanity and decide how her life will end, a victim or a survivor? 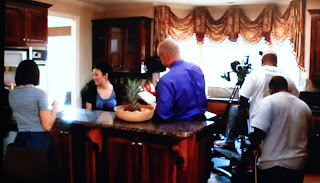 Kitchen Scene
My draperies were used on the set in Myong-hee's parents house. In the kitchen I chose a swag treatment with tassel trim to fit in the bay. 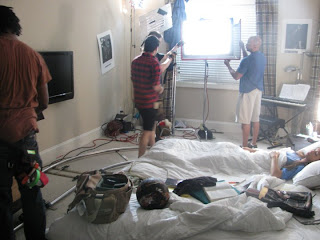 Myong-hee's Bedroom
A taupe and black plaid was chosen for Myong-hee's bedroom. 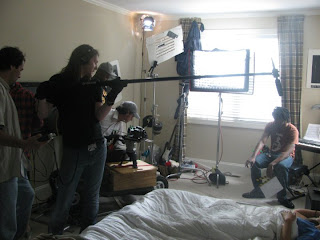 Another behind the scenes shot
My friend Cassandra Layne was the set designer for the Parent's house, she gave me the opportunity to help on this project.

Jennifer Sun Bell speaking about her experience while filming life.less
The night was a lot of fun! The movie was really amazing and really moved those in attendance. There is hopes that the film will be picked up by the Sundance Film Festival.

Visit the official website:  life.less the movie where you can read more about the project, view the official trailer, and the "Fly Away" music video from the soundtrack.
Posted by William West at 7:48 AM