Birds of a Feather

Last December my family and I visited Zoo Atlanta.  Besides the lovable Pandas, Zoo Atlanta has a wonderful collection of Birds from all over the world. Many are behind wire fences which make it difficult to photograph but sometimes you get lucky and snag a great picture of these awesome creatures. 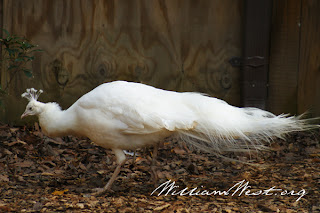 White Peacock
Besides the India Blue, whites are the most well known peafowl type to non-enthusiasts. Contrary to popular belief, whites are not albinos, because their eyes are blue, not pink. 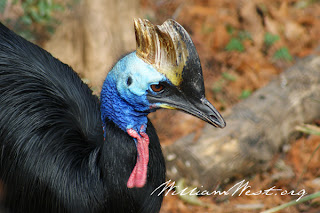 Cassowary
The cassowary (genus Casuarius) is a very large flightless bird native to the tropical forests of New Guinea, nearby islands and northeastern Australia.  The Southern Cassowary is the third tallest and second heaviest living bird, smaller only than the ostrich and emu. Eagle Owl
Owls hunt mostly small mammals, insects, and other birds though a few species specialize in hunting fish. They are found in all regions of the Earth except Antarctica, most of Greenland and some remote islands. Though owls are typically solitary, the literary collective noun for a group of owls is a parliament. 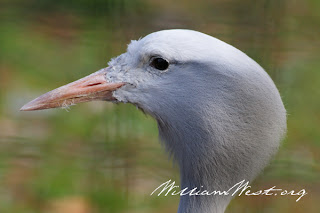 Blue Crane
The Blue Crane is the national bird of South Africa. It is a tall, ground-dwelling bird, but is fairly small by the standards of the crane family.


I really should pay more attention to the names of the birds that I am shooting but I get so excited I forget to follow up with researching the different species that my camera captures. Below are a few more birds from Zoo Atlanta: