Five-sided Fort Macon is constructed of brick and stone. It was named after North Carolina's eminent statesman of the period, Nathaniel Macon. 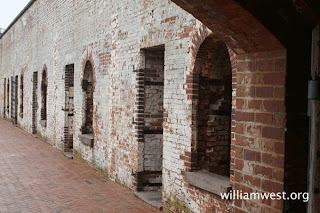 View from the sally port
Looking through the main entrance known as the sally port. Directly ahead is the inner court known as the parade ground. On either side of the parade are vaulted rooms known as casemates.
Construction of the present fort began in 1826 and lasted eight years. The fort was completed in December, 1834. 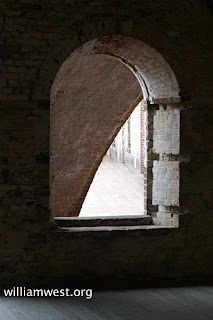 Window looking out to the inner court.
The Civil War began on April 12, 1861, and only two days elapsed before local North Carolina militia forces from Beaufort arrived to seize the fort for the state of North Carolina and the Confederacy. 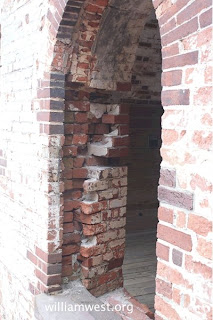 Great view of the inner wall construction
Fort Macon was designed by Brig. Gen. Simon Bernard and built by the US Army Corps of Engineers. 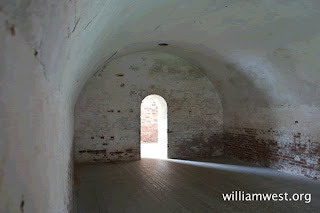 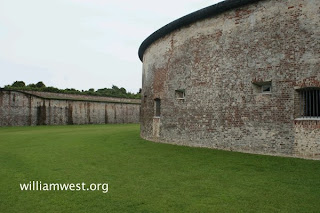 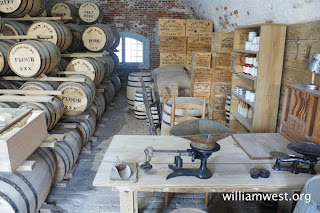 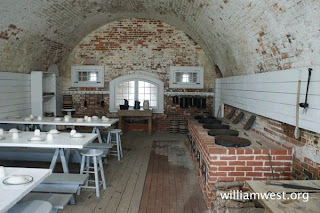 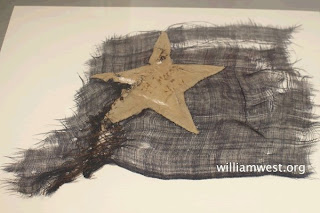 The Fort Macon Flag
After seizing Fort Macon in April 1861, Confederate soldiers lacked a suitable Confederate flag. To solve the problem, they recycled the fort's old 20-foot by 36-foot U.S. garrison flag. The old "Stars and Stripes" was taken apart, then sewn back together to create the first national flag of the Confederacy. This flag, known as the "Stars and Bars," had three broad red-whit-red bars. Enough stars were left on the flag to represent the Confederate states; extra stars were simply cut out. 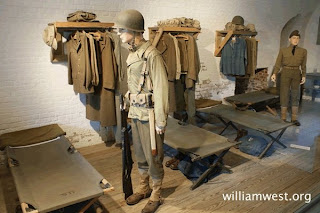 At the outbreak of World War II, the US Army leased the park from the state and actively manned the old fort with Coast Artillery troops to protect a number of important nearby facilities. 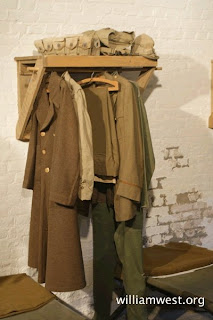 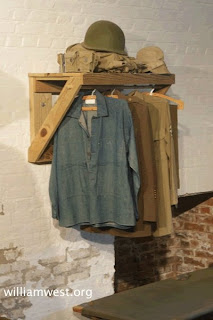 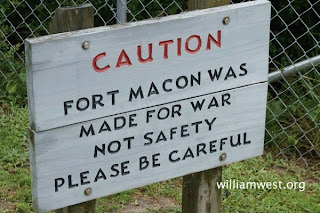