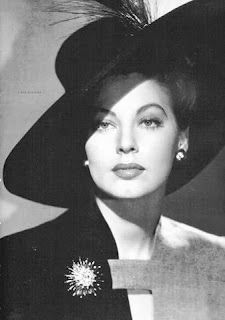 The Ava Gardner Museum is home to an extensive collection of Ava Gardner memorabilia. Each object in the museum was either owned by Ava Gardner or her family, used in her films or had a special meaning or relationship to Ava. 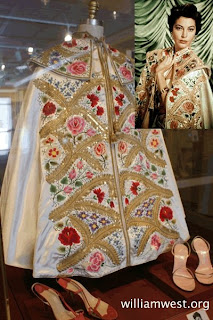 The glorious cape and 2 pairs of 33 shoes used in making the movie The Barefoot Contessa (1954).
This stunning silk satin cape, embroidered with gold thread and brass sequins, was worn by Ava in publicity shots for The Barefoot Contessa. However, the costume does not appear in the movie and may have been included in scenes that were deleted in the final cut of the film. 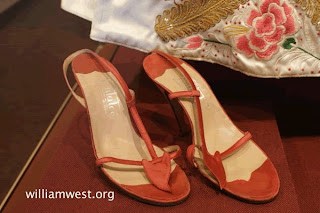 One of 23 pairs of shoes warn in The Barefoot Contessa (1954)
Ava's wardrobe for Contessa included 23 pairs of shoes. Cast in a role that most critics agree paralleled her private life, Ava played the character of Maria Vargas. As the film's title implies, both Ava and Maria preferred to forgo shoes whenever possible. 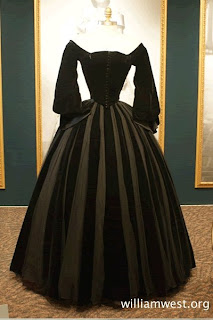 Black Dress worn in The Great Sinner (1949)
Within the Main Case of the Museum Gallery is a visitor favorite: the black dress Ava wore in The Great Sinner. Visitors often remark on the diminutive size of the dress and exclaim over her waist size – 18 inches. 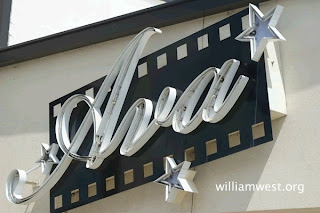 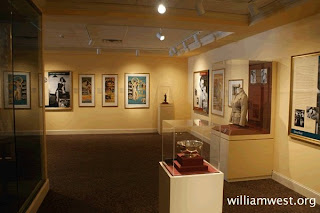 A view of the Museum
In October 2000, the new Ava Gardner Museum opened its doors and has continued to draw national and even worldwide attention with approximately 12,000 visitors each year. 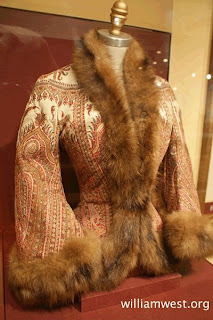 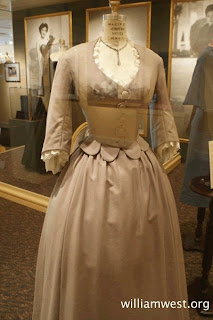 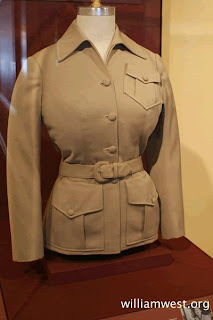 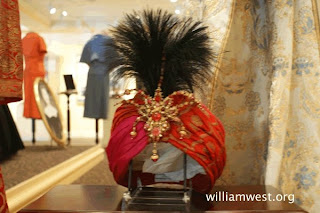 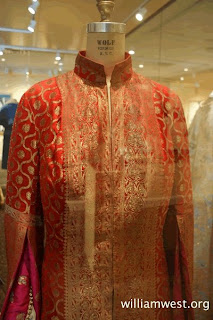 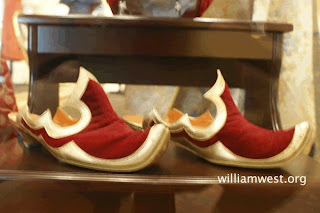 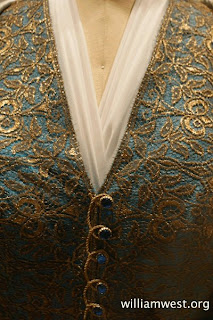 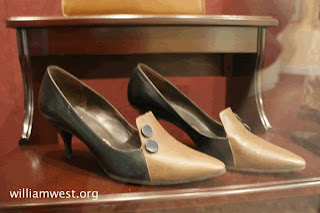 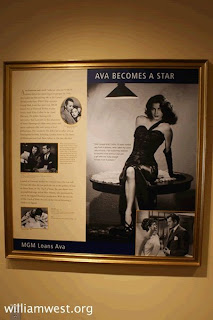 One of the many story boards of Ava's life.
I saw signs posted along I-95 for the museum and decided to take a chance. I have to tell you, it was a great way to spend the afternoon!
Posted by William West at 6:12 PM